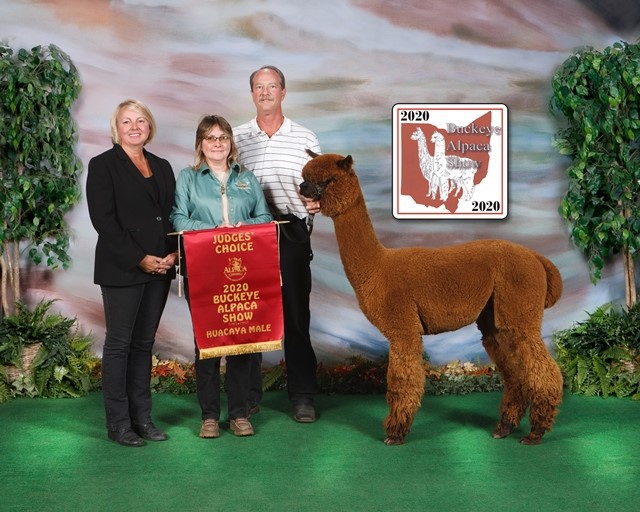 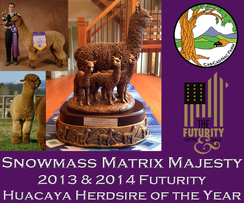 Ask a question
Details
Certificate
From the CCNF website:
Though still coming of age, CCNF Dominion represents the latest exciting riff on the Elixir/Matrix Majesty crosses that have meant so much to our breeding program in recent years. Experienced alpaca breeders worldwide know the look of a potential ringer when they see one and such was the case with this young male. We had envisioned already soon after his birth that Dominion (why else would we saddle the little dude with a name like that?) would one day rise and join his older cousins CCNF Dreadnought and CCNF Sovereign Legacy, helping to carry forth his pedigree’s powerful legacy. Already a maternal great-grandson of CCNF Magdalena and therefore possessed of arguably the most potent blood in our breeding program’s 23 year history, Dominion also has Snowmass Royal Challanger, his sire Snowmass Royal Rose (a founding member of the North American Alpaca Stud), and by extension the legendary Peruvian Hemingway coursing through his veins. None of which is meant to denigrate nor minimize the importance elsewhere in his pedigree of imported alpaca Goddesses 4Peruvian Isabella and 5Peruvian Cangalli, both of whom would remain top-flight foundation females were they still with us. The bottom line though is that Dominion’s pedigree reads a bit like a murderer’s row of alpaca genetics!

When those genetics then all amalgamated into the ripping young male we now see rapidly developing before us, we were understandably excited. With a genetic profile most similar to his older cousin, CCNF Sovereign Legacy (the great-grandson of Golden Sovereign, Magdalena’s full brother), it stands to reason that the two of them will ultimately compete for the same pool of females within our program. Though as we’ve said before elsewhere, having too many great Herdsires is like a baseball team having too much pitching depth, there is really no such thing. We are also thrilled to announce that as of December, 2019 that we now co own CCNF Dominion with Chris and Lori Works of Kendall Creek Farms Alpacas! We know from repeated first hand experience, what a positive impact a Herdsire of Dominion’s profile can have when plugged into an already established breeding program such as Kendall Creek’s and we look forward to seeing those results in the years to come! Once working, Dominion will generally be spending the majority of the spring and fall at Kendall Creek, with the summer months spent here at his birth farm.

2020 Update: Dominion now has three KCF ladies confirmed with babies on board as of November 8, 2020. 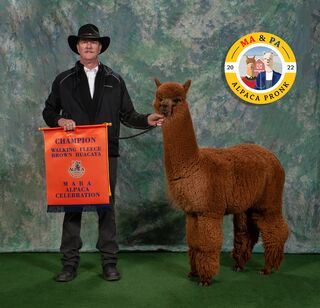 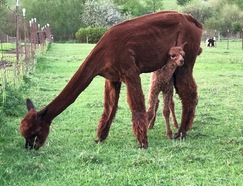 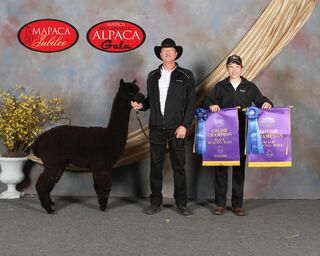 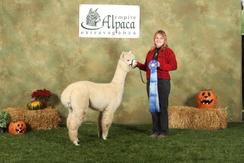